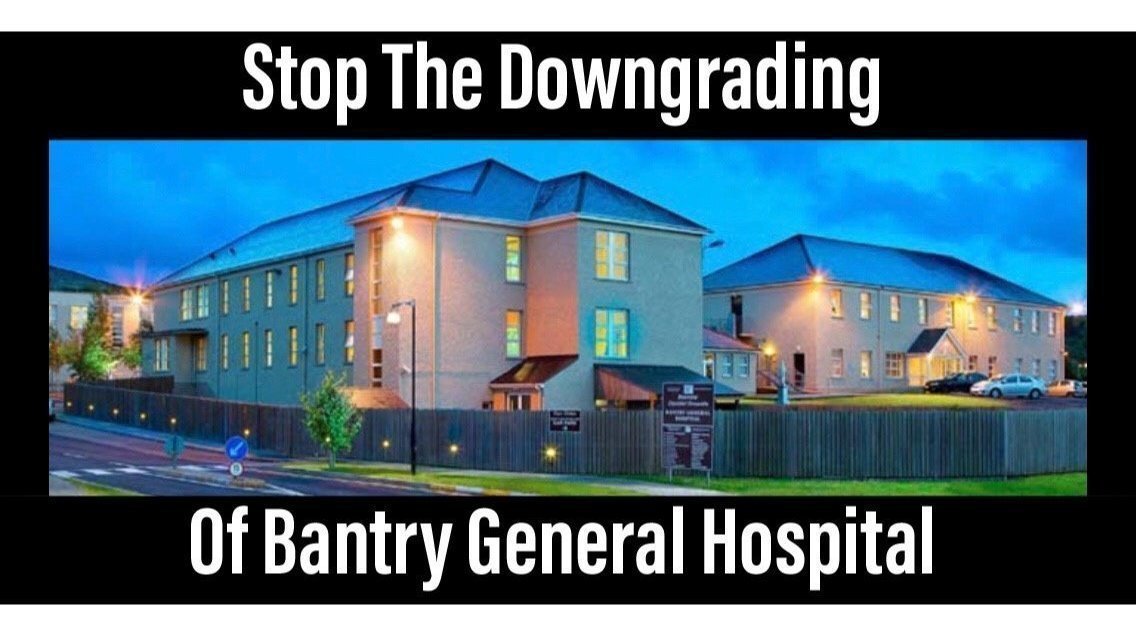 That was one of the many questions from the floor at the public meeting – attended by over 800 people – held on Monday 27th January, to discuss the current threat to downgrade services at Bantry General Hospital. And it is a good one – who is really in charge? The top table was lined with politicians, unanimously supportive of Bantry Hospital and all vehemently opposed to any plans to downgrade its services. With such political support, why then do the HSE seem to be able to continue to play monopoly with people’s lives? Who is controlling who?

One after another, people stood to recount stories of lives saved by Bantry Hospital, of the fantastic services provided by the staff that work there, of the support provided 24/7 to doctors, patients and the population of West Cork and South Kerry. The overwhelming conclusion is that there is no good reason to downgrade services at Bantry Hospital, and every reason to improve them still further.

That is unless you are Dr Michael Power, national clinical lead for the HSE Critical Care programme. He believes that Bantry General Hospital should “make an orderly transition to a model-2 hospital”, which will see the end of 24/7 acute services at the hospital. No doubt, his decision is “in line with best practice” and “makes economic sense”. Doubtless too, Dr Power has never made that long and lonely journey to Cork, either as a critically ill patient, or the relative of one. Nor has he heard the countless stories of people whose lives have been eased, changed, or saved by the services provided at Bantry Hospital.

Bantry General Hospital serves a population of 82,000 in the West Cork and South Kerry area, and currently has one anaesthesiologist. Dr Power believes that this is not sustainable and so rather than increasing anaesthetic services, he is opting to cut them. The hospital cannot accept any medical emergency or any emergency ambulance transfer without an anaesthetist on call, so this will mean ambulances bypassing Bantry to go to Cork. Once again the critical ‘golden hour’, during which patients have the best chance of survival if treated within that time, is going to be put out of reach for emergency cases in this region. Not only that, as Dr David Hurley pointed out at the meeting the long term effects will be a reduction in the number of GPs opting to work in West Cork due to the lack of hospital support. Not to mention the increased workload heaped on the already stretched Cork University Hospital, increased ambulance waiting times and skyrocketing trolley numbers. We have all heard the stories. There is a distinct lack of joined up thinking, and in this case the consequences will be catastrophic. Lives will be lost.
Representatives of the HSE were conspicuous by their absence at the meeting. Numerous attempts by politicians and campaigners to contact them for clarification and comment have gone unanswered. All that has been received from them is an unsigned document stating that there are “no plans to downgrade Bantry Hospital” and that it will continue to provide services “7 days a week”. But doctors have seen through the statement and warned that it does not remove the threat and is in fact consistent with plans to downgrade to a model 2 hospital. Furthermore, the document is meaningless, as it is unsigned.

It was admirable that all the local politicians and election hopefuls were present on the night. Whoever the three elected candidates turn out to be on 8th February, they will be left in no doubt after this meeting about what Bantry Hospital means to the people of West Cork. Each vowed to fight to prevent action being taken to downgrade the services provided. Let’s hope that they are true to their promises. In the meantime, it is down to us, the people, to fight the cause, sign the petitions, join the demonstrations and make our voices heard. Don’t let the pen be mightier than the sword. Don’t let Bantry Hospital be another casualty of rural Ireland. Lives depend on it.